The Metropolitan Naga Water District (MNWD) held a convention with some of the local water service providers in Camarines Sur in celebration of World Water Day 2022, with the theme, “Groundwater: Making the Invisible Visible”. The event was held at the MNWD Multipurpose Hall on March 25, 2022 and part of the invited attendees were representatives from Bombon Water District (BWD), Calabanga Water District (CAWADI), Ocampo Water System Inc. (OWADI), Pili Water District (PIWAD), and Partido Development Authority. Also present during the event were Forester Bonifacio B. Azur, Protected Area Superintendent of DENR-PENRO, and Engr. Susan P. Abaño – Chief, Policy and Program Division of the National Water Resources Board (NWRB) who joined via Zoom

Engr. Abaño discussed the groundwater status of Camarines Sur, highlighting the Bicol River Basin and its capacity to reproduce water in the next two decades. Her talk was a call for innovations and joint efforts in increasing vegetation of watersheds. Meanwhile, Forester Azur gave an overview of the Mount Isarog Natural Park (MINP) and the existing agendas that are being implemented for its protection.

Acknowledging its responsibility as the “Big Brother” to some of the local water districts, MNWD, thru Ariel Estevan – Community Relations Assistant B, presented its Integrated Watershed Management Program (IWMP) which aims at the protection and increase of vegetation of watershed within MINP. MNWD encouraged other water districts to replicate and/or implement a program similar to IWMP within their respective areas in order to achieve an improved vegetation in a wider scope.

In the second part of the activity, a planning session among water districts was held. The objective was to create a consortium among water districts operating around MINP who will be jointly commemorating year-round environmental events celebrations through tree growing activities, convention and other public awareness programs (such as Information Education Campaign) implemented in different project areas around MINP.

MNWD deems it necessary for local water districts to come together and formulate programs to create a huge and positive impact on the community’s water resource. When development plans are shared and implemented in an extensive range, our general objectives of water protection and conservation will be much easily met. (YMMSavilla) 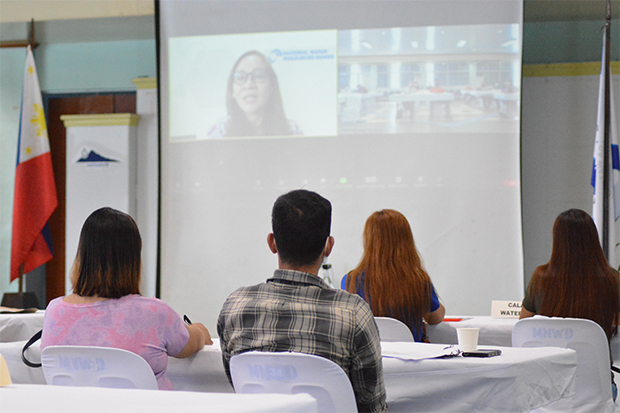 Engr. Susan P. Abaño of NWRB, during her talk on the groundwater status of Camarines Sur, joining via Zoom. 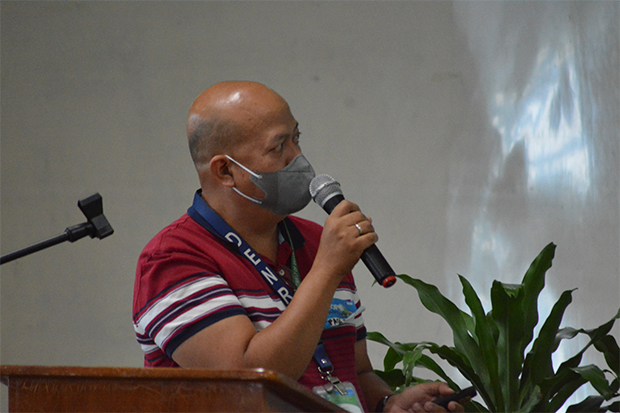 Forester Bonifacio B. Azur, PASU, discussed programs made for the protection of the MINP. 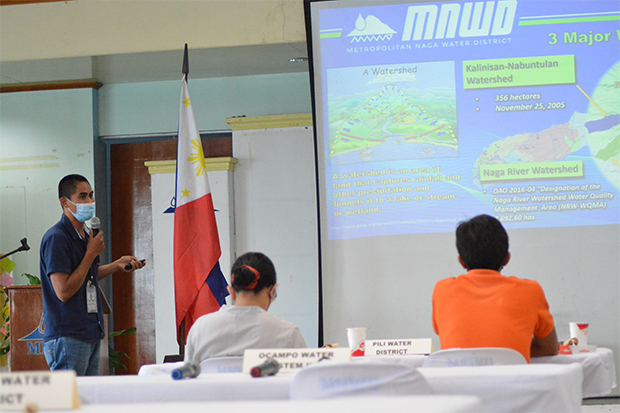 MNWD shared one of its major projects, the Integrated Watershed Management Program, for the reference of other local water districts. 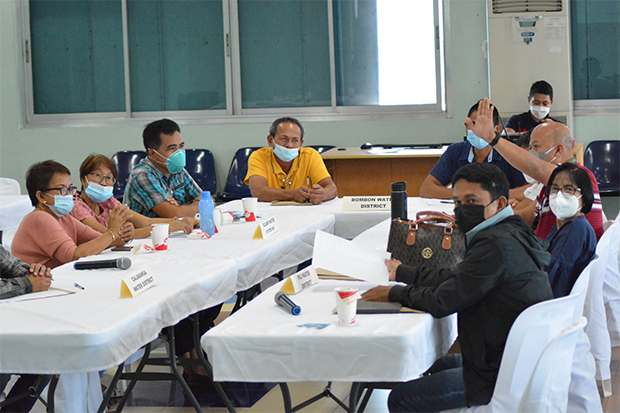 In forming a collaboration among water districts, the second part of the event was allotted for creating a year-round action plan focusing on events and programs benefitting the MINP.