Engineer Emeterio “Boy” L. Aman is the newest member of the Metropolitan Naga Water District (MNWD) Board of Directors and will represent the Professional Sector. He took his oath on December 7, 2020 and will start his term on January 2021. He was sworn to office by Naga City Mayor, Nelson S. Legacion.

A graduate of Bachelor’s Degree in Civil Engineering from the University of Nueva Caceres (UNC), Director Aman is an environmental planner, a certified real estate broker, and a registered master plumber. He started his career in a humble way, working for government agencies and a private company. Eventually, he initiated his engineering firm in 1989 and has made several contributions to the city’s development since. He ventured into business and established Enjoy Realty and Development Corporation wherein he serves as the Chairman of the Board, with his wife, Marilyn SP. Aman, RN, as Chief Finance Officer and Corporate Secretary.

Among his commendable contributions in the professional sector include pioneering of the Philippine Institute of Civil Engineers (PICE) Naga City Chapter in 2000 which encouraged several young professionals to join the said organization. Another is the creation of the first review classes for Master Plumber in Naga City, which is still being sustained by a group of younger civil engineers and master plumbers. Further, his company conducts On-the-Job Training for students and soon to be professionals from various schools in the region.

His expertise in different fields of the profession will be of great benefit to MNWD’s incessant quest for excellence. Known for his resilient and innovative spirit, he is sure to contribute unconventional ideas for the best interest of the public and the communities we serve. (YMMSavilla) 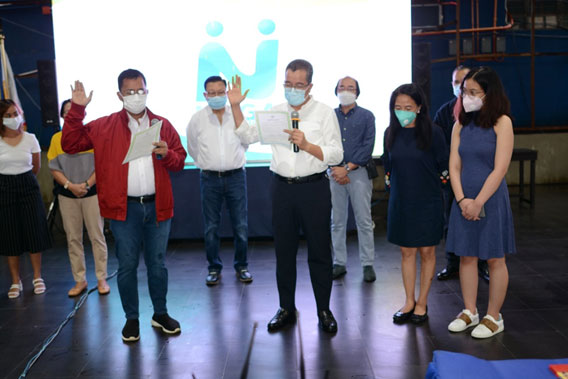 Engr. Emeterio “Boy” L. Aman (front, third from right), with his wife, Maliene, and their daughter, Elaine Joyce, while being sworn to office on December 7, 2020 by Mayor Nelson S. Legacion (front, leftmost). 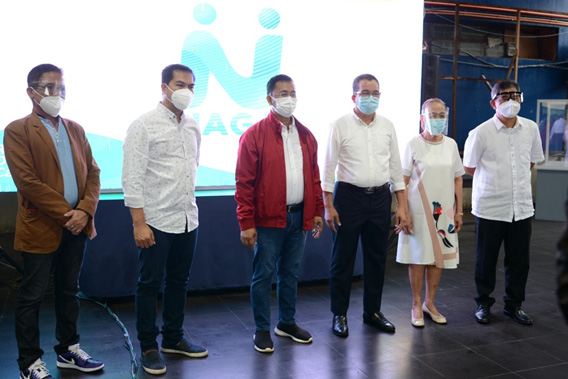