The meeting aimed to discuss matters regarding watershed management and water district utilities’ viability in protecting the interest of the public on access to potable and affordable water. More specifically, it sought to develop concrete action plans for more efficient watershed management; get the commitment of all concerned agencies to do their part in watershed management; and be able to make sound recommendations on various water-related issues affecting the Bicol region especially the Camarines provinces.

Present during the consultative meeting was Presidential Anti-Corruption Commission Secretary Dante LA. Jimenez who expressed his support to the programs and advocacies of all water districts in the Bicol region. In his message, Sec. Jimenez underscored some prevailing concerns in the water industry such as the joint ventures of some water utilities with private corporations.

DMO III Bonifacio B. Azur, PENRO Camarines Sur and OIC-PENRO Marlon C. Francia, PENRO Camarines Norte likewise shared the demarcations of protected areas in Camarines provinces including the programs of DENR for the environment and watersheds.

Towards the end of the consultative meeting, water districts were given the avenue to address existing issues and gain clarification from respective agencies as to their interventions in case of arising conflicts with other sectors and offices in the exercise of authority over watersheds. USEC Clavecilla also reassured the water districts that his office is open for dialogues and other consultation events as deemed necessary to ensure effective and efficient delivery of services. (APVSGonzales) 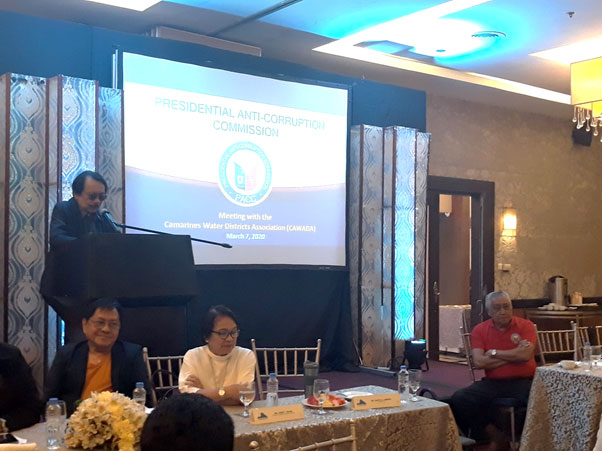 PACC Secretary Dante LA. Jimenez (on stage) delivering his speech with emphasis on how his office can be of assistance to the water districts during the Consultative Meeting last March 7, 2020. 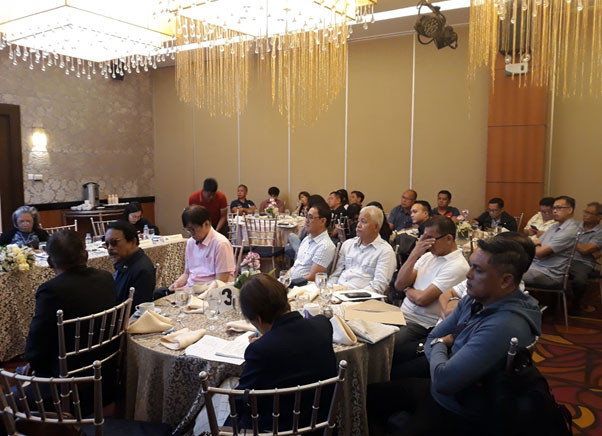 The Consultative Meeting was participated in by the Board of Directors, General Managers, and representatives from LGUs, stakeholders, government agencies, and water utilities in the Bicol Region.