On December 7, 2022, the Metropolitan Naga Water District (MNWD) held its 43rd Anniversary and Year-end Assessment at the MNWD Multipurpose Hall. The event carries the theme “Prospects and Retrospects” which means to gaze at the future with all its possibilities and to assess the past events which led up to the present. The celebration started with a Thanksgiving Mass followed by the program proper.

Members of the MNWD Board of Directors, with former Chairman Dr. Ferdinand Martin Zantua, and General Manager Florencio T. Mongoso, Jr. graced the event and presented the recognitions and awards given to employees who had shown loyalty, dedication, and excellence in their work. Employees who proceeded with their retirement were likewise given accolades and gratitude for the years of service rendered. This also includes the recognition of two MNWD Board members who will be ending their term this year –Vice Chairperson Monina Lily A. Claveria (Women Sector) and Dr. Marilissa J. Ampuan (Educational Sector).

Each department also presented their departmental achievements and future plans together with a sneak peek of the MNWD 5-year Development Plan. Meanwhile, in the more fun part of the celebration, the District gave away raffle prizes and even had the first-ever MNWD TikTok Dance Contest with PLCNRWMD as the winning group.

Further, last November 26, MNWD once again visited the Rotary Village Relocation Site at Brgy. Del Rosario, Pili, Camarines Sur for the Rotary Community Corps (RCC) General Assembly. This annual activity is part of a sustainable partnership of MNWD and the Rotary Club of Naga in order to develop strong commitments towards environmental preservation, protection, and health within the Mt. Isarog Natural Park (MINP).

MNWD was represented by its Engineering and Environment Department (EED), in collaboration with the RCN members and officers headed by its President, Mr. Michael G. Co. Sacks of rice and grocery packs were given as early Christmas gifts to the residents of the Rotary Community with a total of 33 beneficiaries. More than just giving gifts, the RCC General Assembly is also the District and RCN’s way of showing appreciation to all the people who form part of the RCC for all their efforts in the preservation of the Anayan-Rumangrap watershed.

The unfolding of another year comes with new battles to win and challenges to conquer. However, this is nothing peculiar for MNWD. 2022 made it stronger and wiser – ready to face more of the unknown and to achieve what were once just mere possibilities. (YMMSavilla) 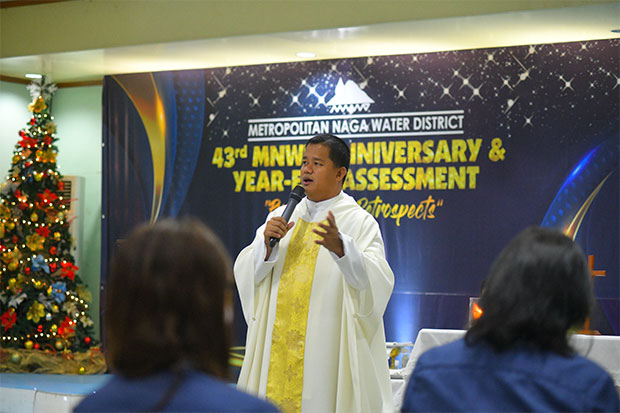 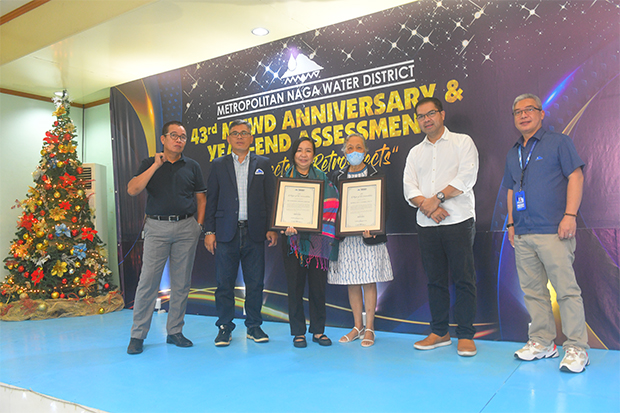 Awarding of Plaque of Commendation to outgoing Directors – Dir. Ampuan and Dir. Claveria. 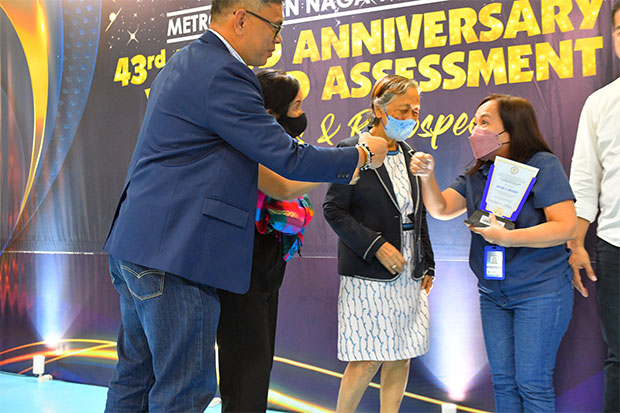 Loyalty awardees received a plaque and MNWD pin as symbol of their years in service. 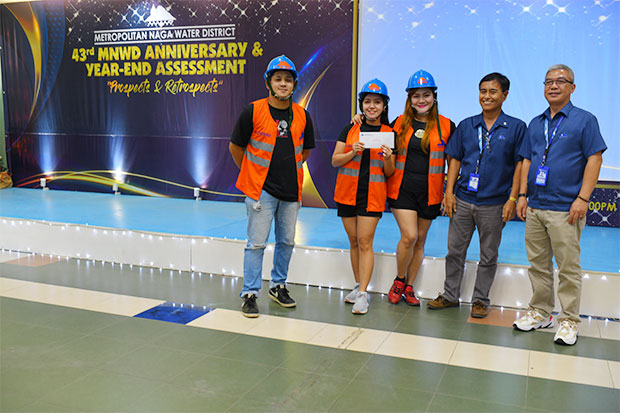 The winning team of the first MNWD TikTok Dance Competition – PLCNRWMD together with GM Jun and OIC-AGM Roque. 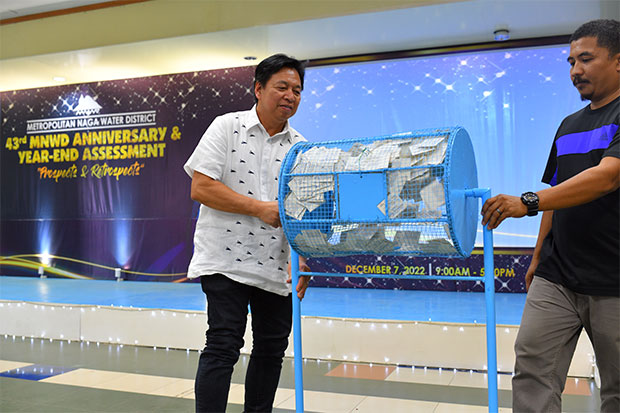 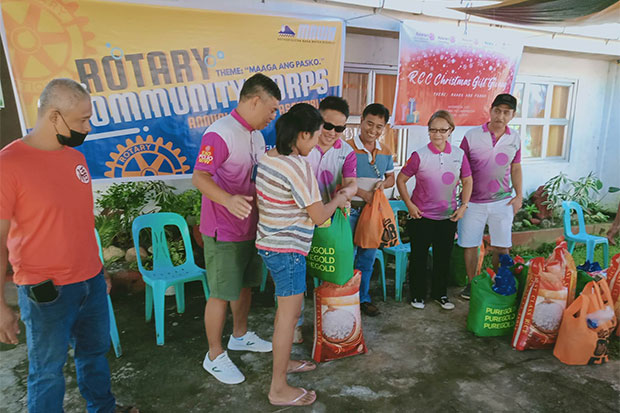 Officers & members of the RCN distributing Christmas gifts to the residents of the RCC. 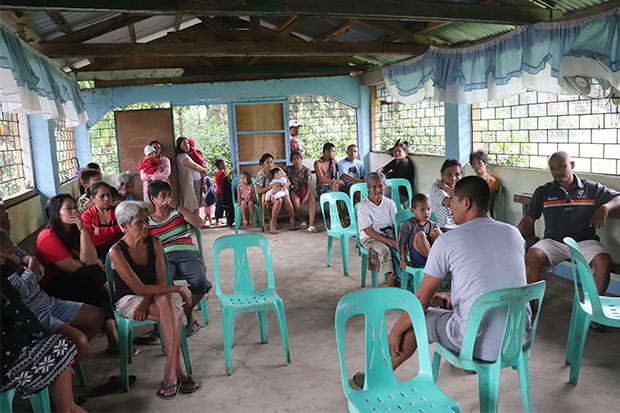 Mr. Ariel S. Esteban during the regular meeting with the residents of RCC.