Every year for the past 25 years, the Metropolitan Naga Water District (MNWD) and Rotary Club of Naga (RCN) visits the Rotary Community Corps (RCC) at the relocation site in Barangay Del Rosario, Pili, Camarines Sur for its annual general assembly. The RCC residents are the primary stakeholders and partners of the MNWD in the preservation and management of the watersheds within the Mt. Isarog Natural Park (MINP).

The general assembly is part of the collaborative efforts between MNWD and RCN in line with the socio-economic aspect of the MNWD Integrated Watershed Development Project (IWDP).

This year, the general assembly took place last December 9, 2018 participated in by the MNWD Management and staff led by General Manager Virgilio B. Luansing I together with the officers and members of the Rotary Club of Naga headed by Ana Marie P. Delloro, RCN President.

A short program was held followed by a gift-giving activity which benefited a total of 38 RCC families, including 9 extended families being supported through this partnership.

The general assembly organized by the Environment and Water Resources Division is indeed very timely in this season of giving. The assembly is also a celebration of MNWD’s successful pursuit in the conservation of MINP. It is a reminder that through collective efforts, we can achieve more. (Auria S. Gonzales) 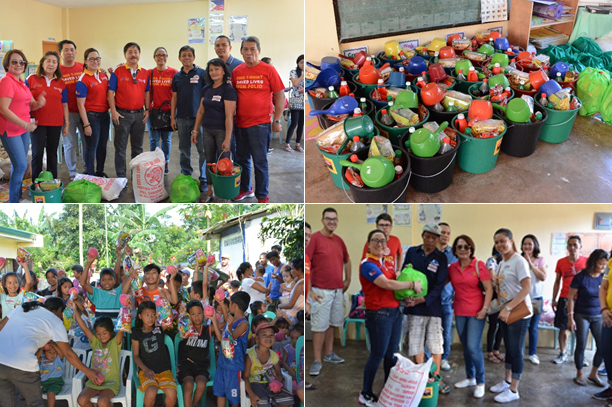 ACTIVITY HIGHLIGHT. The gift-giving activity that followed after the short program was spearheaded by the Rotary Club of Naga officers and members together with the MNWD Management and staff.