Committed to the improvement of its services and customer relationship, the Metropolitan Naga Water District (MNWD), through the Customer Services Division (CSD) of the Commercial Services Department, headed by Ms. Virginia I. Nero, kicked off its Consumer’s Assembly in Magarao. Dubbed “MNWD Consumer’s Assembly – Tubig sa Gabos, Serbisyong Matanos”, aims to connect with MNWD consumers within its service coverage areas. Part of the program includes sharing of relevant information such as the District’s policies, programs, and future plans. At the same time, the consumers are given a chance to voice out their concerns and offer suggestions on how to further develop better water services in their respective areas.

The first Consumer’s Assembly was held at the Magarao Convention Center, Magarao, Camarines Sur on August 25, 2022. It was participated in by the residents and public officers of Magarao, coming from different sitios and barangays. Attending on behalf of Mayor Philip Salvador A. Señar, was Municipal Administrator, Atty. Myk L. Albao. He was also joined by Councilor Santy R. Estefani. MNWD on the other hand was represented by various Division Managers together with GM Florencio T. Mongoso, Jr. and DMA Ricardo B. Felix III, the proponent of the assembly. The activity began with the introduction of the MNWD profile, programs, and policies by Ms. Cherry Grace R. Regmalos, Supervising Utilities/Customer Service Officer. It was then followed by a short discussion on the Septage Management Program by Mr. Paulino S San Lorenzo, Water/Sewerage Maintenance C of the Engineering and Environment Department (EED). Subsequently, an open forum was conducted. Most of the issues raised were regarding the expansion of the water supply service to distant and coastal areas, billing notices, and other account registration concerns. MNWD was quick to respond and provide possible solutions, also announcing some good news such as increased discounts for senior citizens and the resumption of mobile collection.

The assembly’s second leg was held in the Municipality of Gainza, in cooperation with its Municipal Mayor, Leonardo A. Agor Sr., and the Municipal Council. One of the important issues that were discussed was MNWD’s plans on constructing a new pumping station in Gainza for the purpose of catering to the resident’s water needs. The municipal government and assessors, who were opportunely present in the assembly, are more than willing to work with MNWD for the said project. Further, the residents were also given clarification regarding their questions on water connection and septage service. MNWD Chairperson, Gilbert N. Albero requested the consumers’ cooperation and understanding while the District forms long-term solutions for their water supply.

The MNWD Consumer’s Assembly is at a great start and it proves that open communication with the people can help in creating solutions and ideas for development. With the new management under GM Mongoso, the District is applying extra efforts to detect issues and other matters of importance from a different perspective – its consumers. All of these, are for the continuous enhancement of MNWD’s operations and services. (YMMSavilla) 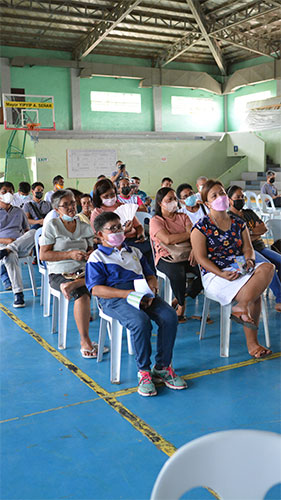 Residents of the Municipality of Magarao from various barangays came to attend the first Consumers Assembly. 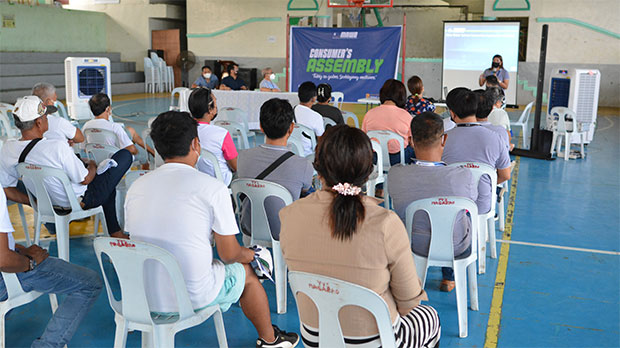 Significant information regarding customer services were discussed, including MNWD’s ongoing and future programs beneficial to its consumers. 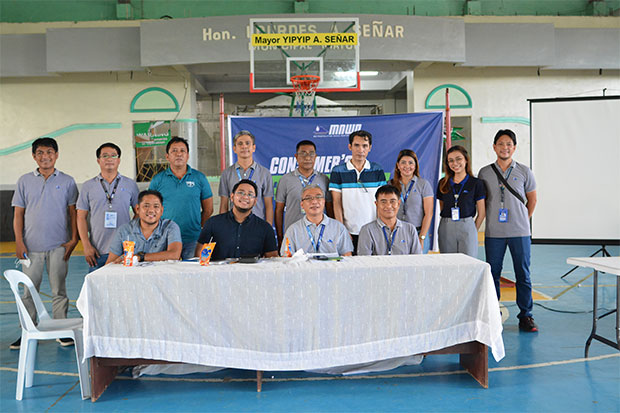 The success of the first MNWD Consumer’s Assembly would not have been possible if not for the collaborative efforts from its Department heads and personnel with the Municipality of Magarao, represented by its Administrator, Atty. Albao (from row – 2nd to the right), and Councilor Estefani (1st row – leftmost). 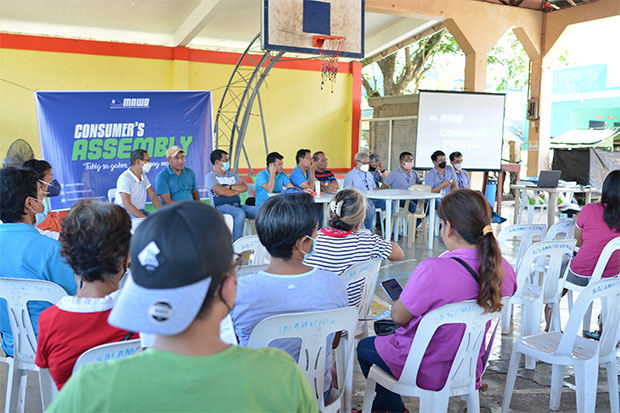 The Consumer’s Assembly held in Gainza was likewise a success, with the cooperation of its municipal government and residents. 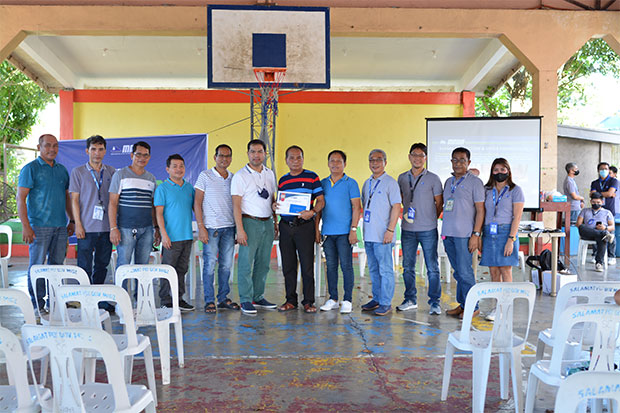 MNWD Department heads, GM Mongoso (4th from left), and Board Chairperson Albero (6th from right) expressed gratitude to Municipal Mayor Agor (middle) and the rest of the municipal council for their support.