The forum is an initiative of the MNWD through its Public Relations and External Affairs Section (PREAS), which aims to bring together media leaders for an integrative approach in addressing the challenges in the implementation of the MNWD water sustainability goals.

It also emphasized the current trend of MNWD’s water resources and the need for sound policies and definite actions as presented by MNWD’s General Manager Virgilio B. Luansing I in order to secure existing watersheds including the Naga River Watershed.

With this, MNWD instigated the signing of the Memorandum of Agreement (MOA) on the Naga River Watershed Sustainable Partnership with the Local Government Unit of Naga with Mayor Nelson S. Legacion, Naga City Police Office (NCPO) represented by PMAJ Ireneo P. Andalis, Jr., on behalf of NCPO City Director PCOL Felix N. Servita, Jr., and PNP-Naga Advisory Council headed by Jorge T. Palma, who is also Chairman of the MNWD Board of Directors.

In his message, Mayor Legacion reiterated his support and confidence to MNWD’s capability and viability as a service entity in providing equitable access to safe and potable water particularly, in Naga City and its service coverage area. He further emphasized the ability of MNWD to cope with the pressing challenges in the water sector under the leadership of GM Luansing I and the support of the MNWD Board of Directors.

The Media Forum 2019 also opened the floor for discussion between MNWD and the media on several points such as potential barriers in the implementation of future projects, current concerns raised by affected citizens in terms of water accessibility in other areas, the implications of utilizing treated water from the Septage Treatment Facility and the Bicol River Surface Water Treatment Facility, and other water-related matters.

Meanwhile, before the program ended MNWD BOD Vice-Chairperson Monina Lily A. Claveria left the crowd with this message “… laws and policies are clearly not enough – we also need grassroots support and community buy-in, including full engagement of all to ensure effective implementation. We do need an enabling environment to water sustainability.

In addition, stressed is the need to prioritize engaging one of MNWD’s important partners such as the media in all its forms. We believe that the media is a strong institution and is important in all water settings, to help promote implementation and coordinate accelerated action.”

Suffice to say, the Med

Media Forum 2019 acknowledged the right and the urgent need to be concerned with the current water management practices in order to cope with the impacts of climate change and urbanization on water supply reliability. In order to achieve sustainability and environmental integrity, MNWD realizes the importance of the support from the media and other stakeholders as we move forward in one direction. (Auria S. Gonzales) 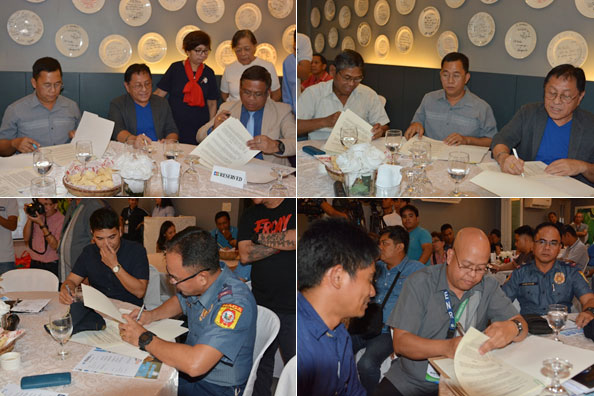 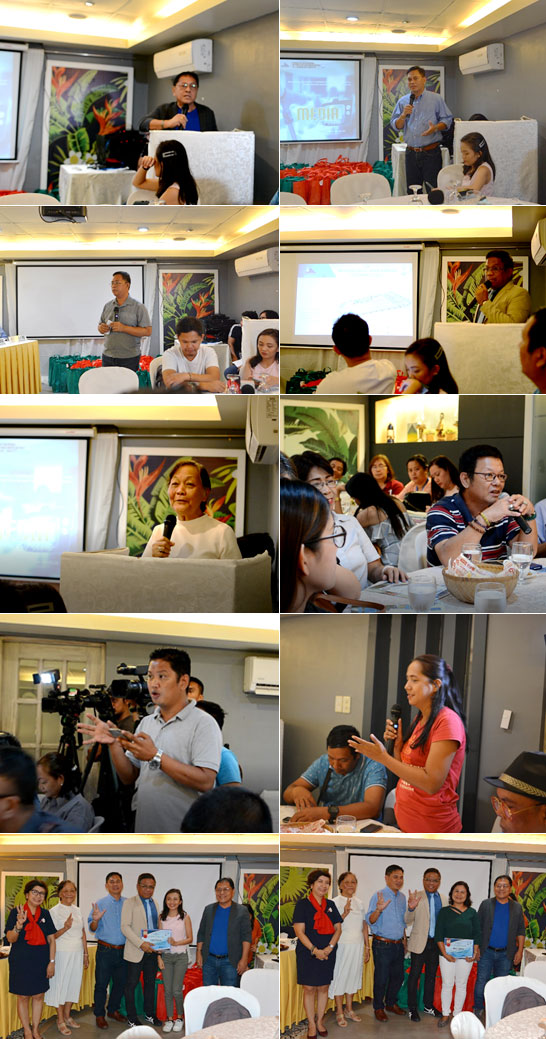 EVENT HIGHLIGHTS. The Media Forum 2019 was participated in by the local media personalities both TV and radio networks, which allowed both parties – the MNWD and the media to engage in a fruitful discussion.