The rehabilitated pumping stations of Mabolo and Cararayan 4 have officially commenced their operations in June and August 2022 respectively. These pumping stations will essentially serve as additional water sources to help increase water production within the Metropolitan Naga Water District’s (MNWD) service coverage area. To date, MNWD has 30 active pumping stations that are operating for a more efficient water supply distribution.

After quite some time of inactivity, said facilities are once again functioning to form part of the District’s water system with a rated capacity of 31 lps for Cararayan 4 while Mabolo is operating at 8 lps. Supervised by the Production Department (PD) headed by OIC-DMA Arturo M. Marco, the rehabilitation took roughly 3 months to complete and is now injected into the water supply system.

Apart from these recently completed rehabilitations, MNWD also looks forward to the completion of four (4) other pumping stations in different areas namely, Pacol 5, Sta. Lucia 2, Carolina 4, and Cararayan 5 which at present is the main priority of the Engineering and Environment Department (EED) headed by Engr. Sonjun O. Millares.

The ever-growing number of residents and businesses in the MNWD’s coverage area calls for the dynamic progress of the District’s water sources. Rehabilitation and building additional pumping stations are one of MNWD’s ways to keep up with the change in consumer needs.(YMMSavilla) 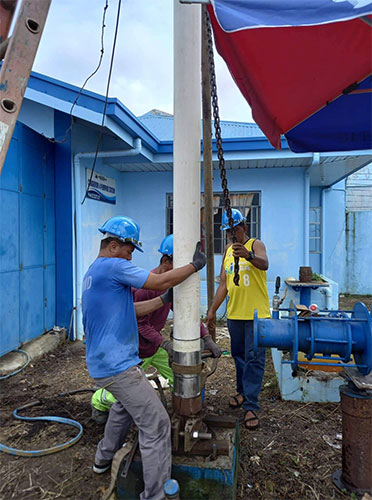 Spearheaded by PD, the Cararayan 4 pumping station was injected into the system in August to boost MNWD’s water supply. 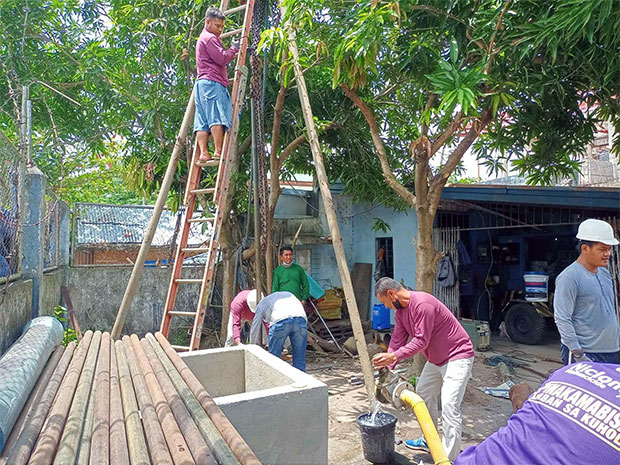 MNWD employees working diligently during the rehabilitation of the Mabolo pumping station.